It was yet another trip of dr Jerzy Kolasiński to South Africa to polish up his gliding skills. Again he chose Gariep Dam which is one of the best gliding resorts in Africa. It is there where the pilots from all over the world are able to cover long distances in gliding, often even of more than 1000 km. It was also the intention of Kolasiński. Unfortunately, because of bad weather conditions only short flights were possible. During the six flying days (including two days of rainfall) the doctor flew the distance of more than 3000 km with the longest flight of 770 km.

As for Africa, the stay abounded in not only great flying experience but also numerous social meetings and excellent wine, which South Africa is famous for.

We do hope that the successful beginning of the gliding season will bear fruits in terms of good sport results of our boss during this year championship tournament. 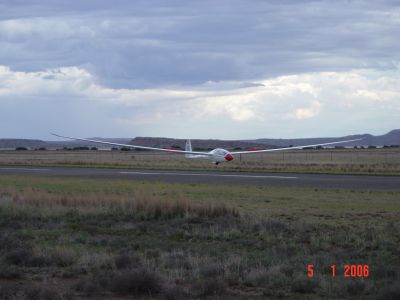